A Unique Period Piece With Just the Right Amount of Charm 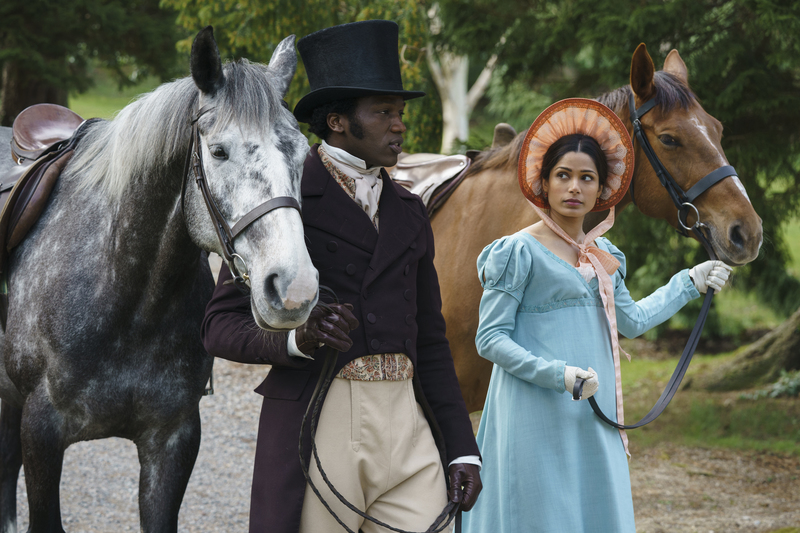 Here we get a fun story with comedy, drama, and more, offering a unique blend in a period piece that is more than meets the eye. With some fantastic performances and a mix of Jane Austen with just the right touch of comedy, the results are entertaining (but maybe a bit too long) ride through a story of revenge and payback. In short, the film is about Julia Thistlewaite (Zawe Ashton) and her plan to get even.

The film is filled with absolutely gorgeous sets, costumes, and scenery. While period pieces aren’t always my favorite, the visuals are almost always a treat. It always blows my mind that in the 2020s, we can have films that look like they’re convincingly a century earlier. This is a huge compliment to set designers, costume departments, and makeup crews. Attention to detail is a must. You can’t be walking down the hall in a classic home in London with ornate decorations and period-accurate costumes and then accidentally see a camera in the reflection of a mirror or a cellphone sitting on a table.

The plot of the film thickens when the plan begins to backfire, and there ends up being more than meets the eye for Mr. Jeremy Malcolm (Ṣọpẹ́ Dìrísù.) I think a film like this must be innovative yet still entertaining and accurate enough to offer a good viewing experience. Without any of those pieces, you could scare off potential audiences looking for a specific part of this unique genre.

The film itself is based on the novel by Suzanne Allain, who adapted it into the screenplay. I consistently see better results when a writer can adapt their own story. Originally the story was a comedy short based in modern times. However, she soon realized it was a better fit to be “a farce of historic proportions.”

Overall, this film resulted from a perfect storm, the writer adjusting her story, the director hearing the reading, and them working together. They had to find the cast they were hoping for, and ultimately everything came together to do a short film initially and then struggled to get the feature made. The irony, to some extent, is that the film is very much based on real-life during the Regency era in England (roughly defined as 1800-1820), so the events in the movie may be fictional, but the ideas and how things like this worked aren’t a fabrication. It’s crazy to think how much times have changed and how much they’ve remained the same.