A Night Out With the Stanford Police 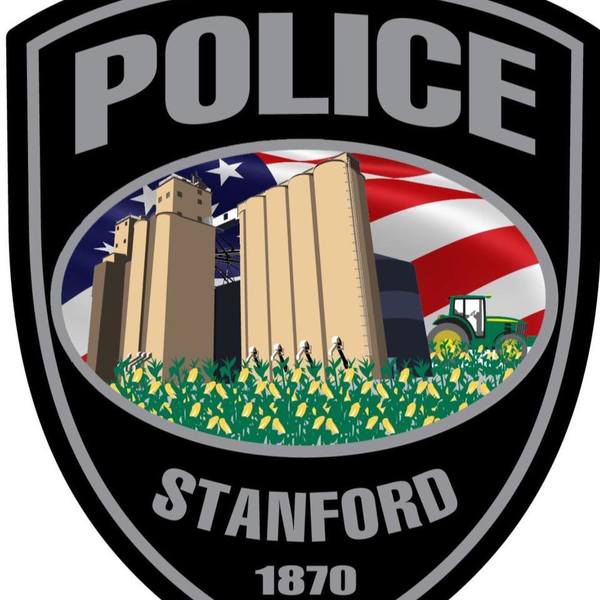 Honestly, I was a bit surprised to receive an invite for a ride-along from Stanford Police Chief Dustin Carter. While Chief Carter has shown himself to be more than willing to work with local media - I’ve spoken with him a few different times on past articles - it’s quite the jump to go from answering press questions over email to inviting the local media into a squad vehicle to see what police see. Naturally, I jumped at the opportunity. After finalizing a date and then having to take a rain check due to my pesky full time job, we settled on meeting at the Stanford Town Hall at 4:00 P.M. on Saturday, July 2nd.

I’ve only been in Stanford a couple times in my life. Growing up in Canton, I’ve just never had reason to travel out that way and, after moving to Mackinaw in 2019, my teenage son's sporting events have taken me to the small town a grand total of twice. As I roll through town, I’m doing more looking around than I am paying attention to my Google Maps, which takes me not to City Hall, but to the fire station a few doors down. Luckily, there is a soda machine outside the building which allows me to play my silly error off as “just grabbing a drink”. “Great start, bud”, I’m thinking to myself after I grab my soda and start backing out into the street. Mere seconds later, I’m actually at City Hall.

Assistant Police Chief Hodges is out to greet me almost immediately. Officer Hodges is pretty stout. He towers over my 5’8” frame, though he doesn’t carry himself in a manner that could be misconstrued as intimidating. We shake hands and he leads me inside where some paperwork is waiting for me to fill out. You know the type - liability paperwork that essentially reads “don’t be an idiot and you should be fine, but if that isn’t the case then we aren’t liable.” For good measure, I’m informed I’ll be required to wear a bulletproof vest. My initial thought was something along the lines of “This seems a bit performative”, but what do I know? I told myself I’d largely shut up and try to get a police officer's view of things, and wearing a vest is part of the deal. Besides, the media guy should probably understand how bad the PR would be for the Stanford Police if I didn’t wear a vest and something unfortunate happened. I feel a bit silly, but the vest is on.

After suiting up, Officer Hodges and I roll on out to the squad car. He gives me a quick explanation of the dizzying array of electronics that take up so much room in the front of the vehicle. It’s a lot to take in at once, however, after watching him use it all throughout the evening it starts to make sense. A couple minutes later and we are driving around Stanford. Officer Hodges explains to me that when not on an active call, the main job of police officers is to just stay visible to the public.

“A projection of power?”, I ask. His facial expression tells me he’s not a big fan of that term. A little too aggressive, perhaps.

“Just a visual reminder to the public that we are around if needed”, he replies. I chuckle a bit because he is choosing his words carefully. Noted. We move on.

“Just some citizens expressing their disapproval”, he says. It’s a simple explanation that says it all.

Next thing I know, it’s a few hours later. Literally nothing has come over the radio for us. Zilch. I’m starting to think that maybe small town police work is boring. Apparently Officer Hodges can read minds because he pulls up on his computer screen showing everything that is happening in McLean County. Even county wide, there isn’t a lot going on for a Saturday evening. A few ambulances are out closer to Bloomington-Normal and a few officers engaged in traffic stops. While nothing is going on, we head back to City Hall for a quick break. I got out of the vest for a few minutes and grabbed a bottle of water. A quick check in with my wife and we are back on the road.

This time around, Officer Hodges shows me some of his less obvious spots to sit. While sitting, he shows me how the radar works. It’s simple really, there’s a front and back radar. He can use a remote to turn either on, or both. We clock a couple vehicles driving by, none are wildly over the limit and Officer Hodges is unconcerned. We pull out and start driving to the other side of his “territory”, with his front radar on. Suddenly, coming over a rise in the road is a vehicle going 70 mph and they see us far too late. Radar already has them clocked. Officer Hodges immediately turns around and pursues. The vehicle turns down a side road and all I can wonder is “Chase?”, but it turns out the driver pulls over not far from the turn. I’m told I may get out so that I can hear what is going on, but that I am to remain near the vehicle.

Officer Hodges approaches in a cordial manner, collects the drivers license and insurance and heads back to the vehicle. I head back so I can see how someone is ran through the police system. Officer Hodges immediately points out the line of info indicating that this driver has a valid Concealed Carry Permit. He isn’t concerned. Everything checks out and the driver is let off with a verbal warning. We get back into the squad car and not 2 minutes later the police radio is busy again. This time, it’s a bit more serious.

Officer Hodges acknowledges the call, says he is enroute, and then hits the gas. It’s a domestic call, he explains. Drunk and disorderly type of situation - a wife has called in because her husband is drunk and throwing beer cans around. He further explains that he has a history with this person. Again, I’m told that I may get out of the vehicle but that I need to hang back. My presence on scene, if noticed, will likely aggravate the situation further.

We arrive on the scene and find the wife on the front porch. Officer Hodges is out and speaking to her by the time I arrive at my leaning post that is the front bumper. I can clearly hear the husband in the backyard yelling obscenities. The wife explains the situation, which I can just hear. The couple were at a party earlier in the day and her husband overdid it a bit and this is the result. Minutes later a McLean County Deputy appears and exits his vehicle.

“Ride along?”, he asks me. I nod in the affirmative. He walks past me to back up Officer Hodges. Before I know it, the husband is in the front yard. The obscenities he’s yelling are no longer directed at the world at large, they are meant for Officer Hodges. I won’t bother to repeat them. Officer Hodges doesn’t really engage with the husband. He’s still talking with the man's wife. She essentially ends up saying that she doesn’t feel threatened and she believes her husband will calm down. That’s about the time the husband notices me. He then proceeds to tell me exactly what kind of officer he believes Hodges to be. I wanted to say “I’m not taking notes here, guy” but instead I just kind of shrug. It was a bit awkward.

Since no arrest is being made, our presence on scene is no longer needed. We get back in the vehicle and ride away. Officer Hodges wants to know what I think. My honest thoughts are something along the lines of “It seems like screaming at you was really just a deflection to keep from having to take personal responsibility for his actions”, so I say that. Officer Hodges looks at me like “You got it” and he tells me how common that is. We discuss the call for a bit, then suddenly it’s 8:30 P.M. and my time is about up. Officer Hodges doubts there will be much more “excitement” for the evening and we head back to my vehicle. I thank him for taking me out on the town and we shake hands and say goodbye.

I hop in my vehicle and drive home to my wife, glad that I don’t have a job that involves taking abuse from people who refuse to own up to their inappropriate behavior.