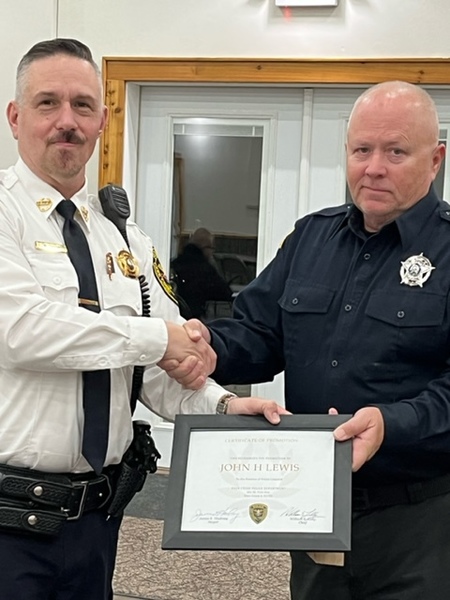 John Lewis and Dan Nelson, two police officers with the Deer Creek-Goodfield police department, were promoted in rank at the evening meeting of the Deer Creek Village Council on Tuesday, October 18th.

Lewis received a promotion to the rank of corporal and serves as the training officer for the department.

Nelson was promoted to the rank of sergeant and is assigned as the liaison officer for the department to the regional drug task force.

Chief of Police Bill Lally presented both with new badges as well as certificates of promotion and stated that both officers contributed to the overall performance of the department and were deserving of recognition. 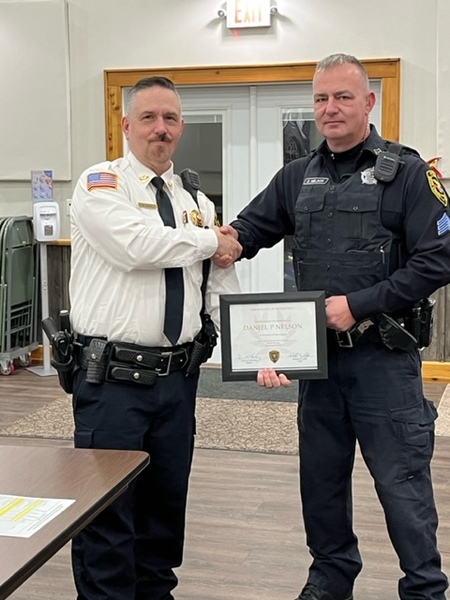