One of the Biggest Surprises of the Year

by Chris Jones
Published on November 3, 2022 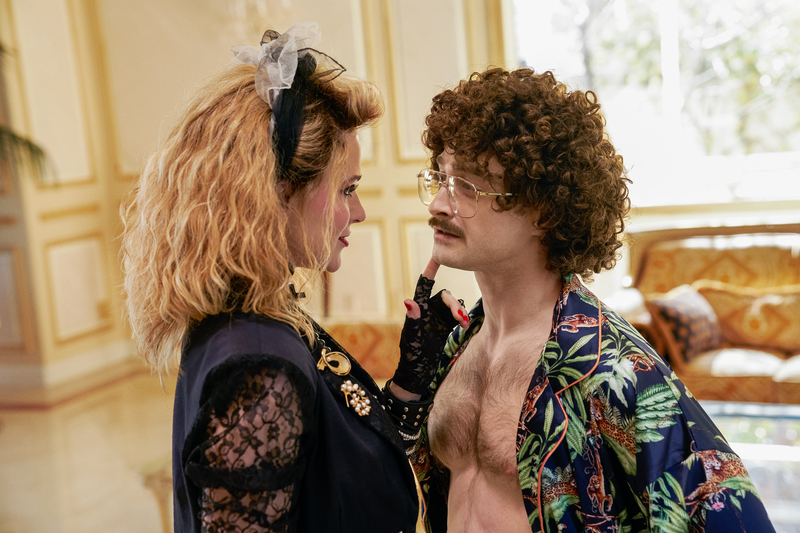 RAVING REVIEW: I won’t lie; when I initially saw there was going to be a Weird Al biopic, I was thrilled! Then I noticed Daniel Radcliffe was cast as Al, and my hopes plummeted; I saw a set photo, and my hopes dropped further. Let me tell you; I have never been more wrong for judging a film before watching it!

To say my expectations were low would be an understatement; I have been a diehard Weird Al fan for decades, I’ve seen him in concert three times, and everything pointed to this not meeting my expectations. Twenty minutes in, I was through the roof, happy to know how wrong I was!

First things first, Daniel Radcliffe (HARRY POTTER, SWISS ARMY MAN) is a brilliant actor. I still had so much apprehension about him in this role, and it just didn’t feel right, not to mention looking like a Halloween costume. Radcliffe immediately put all those worries to rest once he “became” Al on screen. I will happily admit this is one of my favorite films of the year; the perfect amount of “weird” makes it an ideal film for this biopic.

I don’t know what I expected, but I know it wasn’t this. Director Eric Appel flips the biopic genre on its head, offering up the opportunity to tell Al’s story in a fun and innovative way. However, I don’t think any of this would’ve been possible without the direct involvement of Weird Al himself. You can feel his fingerprints all over the film, including somewhat of a cameo appearance.

I could write 10,000 words on this instead of just the 400-500 I usually do. I had to make room to comment on the casting of the rest of the film. There were so many “cameos” and fake(?) cameos that made the entirety of the film a constant whose who to watch and enjoy. This may sound odd for a biopic, but I would love to see a sequel! (when you watch it, that may seem even more bizarre, but still!)

In short, if you’re a fan of Weird Al, I think you’ll love this; if you casually know of him and some of his songs, you’ll probably still appreciate this. If you hate him, well… you’re just wrong! The man is a living legend!