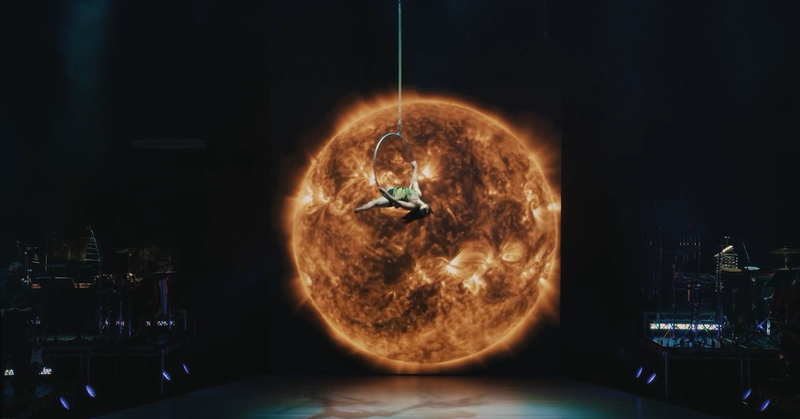 RAVING REVIEW: I’ve always been an unapologetic fan of music in film, some of the most iconic moments in cinema history correspond with incredible scores (or music.) This performance/documentary is about far more than just the iconic score; it’s become synonymous with the film it’s in.

Music makes movies; in some cases, it’s a movie that makes music. Sometimes you hear a score and instantly are taken back to that moment in time while you were watching a specific movie. It could be the opening score to SILENCE OF THE LAMBS, the stairs in ROCKY, the stand-off in THE GOOD, THE BAD AND THE UGLY, and so many more. The example of 1973’s iconic debut album by Mike Oldfield is probably one of the best examples where they perfectly complement each other.

I should point out that Tubular Bells is far more than just the theme of THE EXORCIST. If you’ve ever heard the iconic score, you’ll likely instantly recognize the feel of the rest of the album. That music inspired an entirely new production. This incredible feat took the music that so many knew and loved and combined it with a Cirque du Soleil-style show mixed with contemporary dance. This was thanks in part to Circa Contemporary Circus and some incredible choreography.

If you’re a fan of the album, acrobatics, live performances, or THE EXORCIST, I would 100% recommend checking this out. The best part is that you get two incredible parts, the live show filmed and the fantastic music makes for a magical experience. In addition, you also get a feature-length documentary about the album, music, score, and live production as well.

Disc 1: Full Live Show
Filmed over three nights at the world-famous Royal Festival Hall, this contemporary masterpiece incorporates the beauty of the original music with dance and acrobatic feats by the Circa Contemporary Circus. Includes stunning performances of Moonlight Shadow, Mike Oldfield's single hit, along with Summit Day, from his Guitars album, and The Gem, a new work by Musical Director Robin Smith.

Disc 2: Tour Documentary
The feature-length documentary explores the history and legacy of Tubular Bells and closely follows the dramatic story behind the spectacular new production.