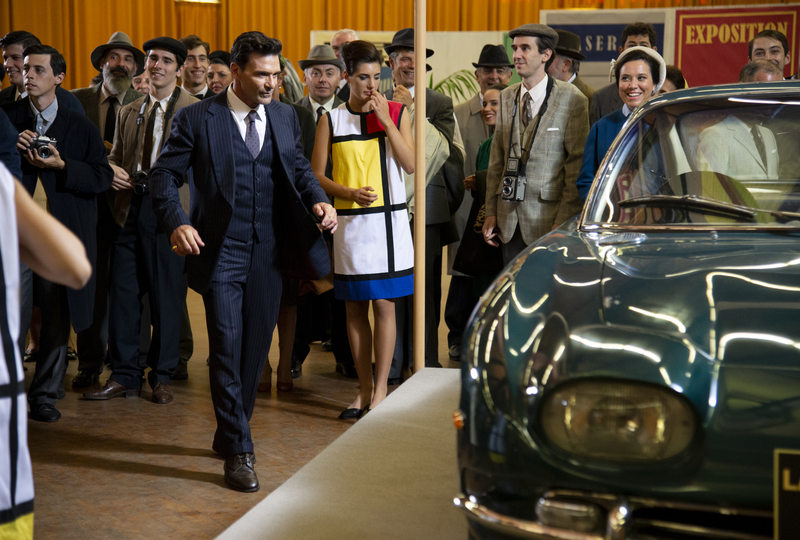 MOVIE REVIEW
Lamborghini: The Man Behind the Legend (Lamborghini)

RAVING REVIEW: The typical Oscar-type biopic, that is, if there had been a heart behind the film. Sadly the narrative of the film struggled to make you care, and all of the beautiful scenery in the world couldn’t overcome it.

From a film standpoint, this was a project that was bound to happen; with the recent success of FORD v FERRARI (LE MANS ‘66), it was only a matter of time until others jumped on the “car family” movie train. Next year's FERRARI by Michael Mann will surely add to this genre, with Adam Driver and Penélope Cruz staring.

As per usual, please don’t take a 2.5-star rating as a “bad” movie because this certainly wasn’t; it just wasn’t what I had hoped for with a film that had this potential. Sometimes what you want a movie to be is more problematic than the film itself.

Going through several changes before and up to production was probably the cause of some of this disconnect. Originally Antonio Banderas and Alec Baldwin were going to star in the film, with Banderas’ role later going to Frank Grillo, who did admirably with the script but ultimately could only do so much. When a director also writes their script, I feel it can end up being counterproductive. The lack of checks and balances means their vision doesn’t get corrected as it should.

I wouldn’t even venture that this was a bad experience; it lacked many pieces that could’ve made it great. Perhaps the film's biggest roadblock was a lead character I had difficulty rooting for. Generally, a redemption story is an integral part of a biopic, but when the real person the film is based on lacks redemption, it’s hard to shoehorn that into a movie.

The film was a visual treat, without a doubt, with gorgeous scenes, fast cars, and Grillo doing his best to capture this icon's “personality.” The legacy of Ferruccio Lamborghini was a complicated one because, ultimately, it was fortune and fame he was chasing instead of the legendary status he still managed to get.