I’ve Been Dreaming of a Tropical Christmas Again?

by Chris Jones
Published on December 5, 2022 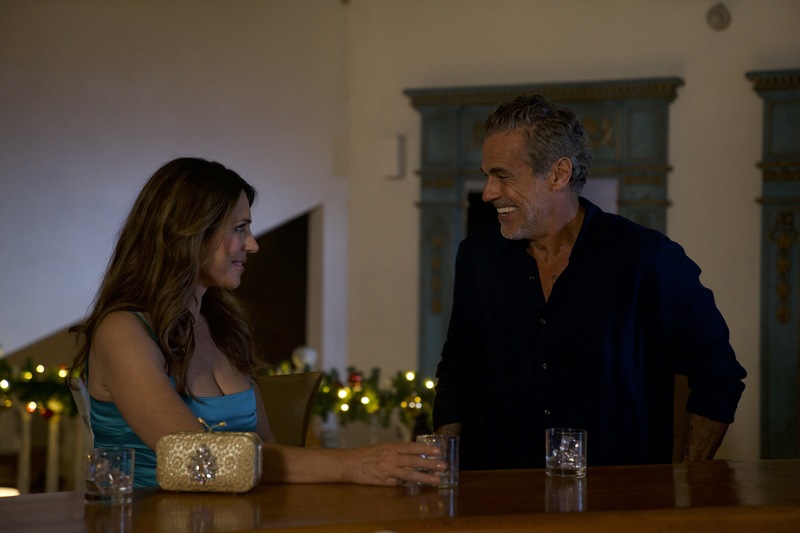 MOVIE REVIEW
Christmas in the Caribbean

RAVING REVIEW: What would you call a scream queen for Christmas movies? Whatever that title is, Elizabeth Hurley is vying for the title with her second major Christmas release within a few weeks of each other.

Initially, when I was asked if I wanted to review CHRISTMAS IN THE CARIBBEAN, I said I had already reviewed it just a few weeks previously. To my surprise, I was wrong; Elizabeth Hurley decided this was the year for her Christmas movie extravaganzas. In my defense, the other film’s title was CHRISTMAS IN PARADISE, also starring Hurley on the front cover.

With that out of the way, this was a cut and dry Christmas time romantic comedy. I don’t think I would consider that a negative against the film. The audience for movies like this knows what they’re getting, and that’s okay. I would say this was better than the other one starring Hurley, this had more heart, and I found myself far more invested in the end.

As I was writing this review, I fell into a rabbit hole that I am now even more confused by. I don’t mean to lose focus on the review, but I found this incredibly interesting, with CARIBBEAN being a U.K. production and PARADISE being a U.S. production. Not only does Hurley star in both of these films, but Philippe Martinez directed both, and both had Nathalie Cox in them. Both were filmed on Saint Kitts and Nevis, a dual island nation. Maybe there’s an underground movement for an Elizabeth Hurley-shared universe like the MCU…

In all seriousness, this was an enjoyable Christmas film for those who don’t like to be reminded of the snow-covered log cabins that fill so many movies like this. If you’re a fan of Christmas movies, romcoms, or Elizabeth Hurley, this will be right up your alley!