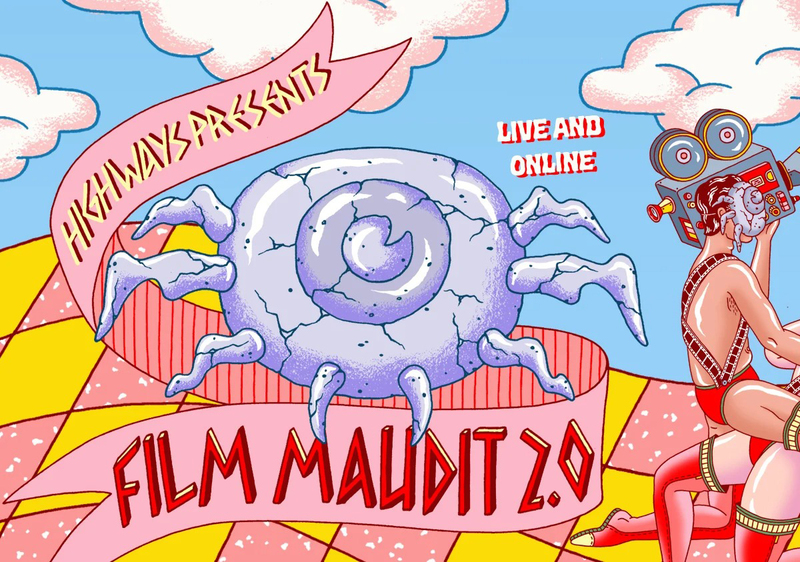 RAVING REVIEW: I can genuinely say this is an experience unlike anything I’ve ever had before, and I can’t wait to dive down this rabbit hole of insanity next year! A look at films that share a passion for the art of cinema. When I originally was writing this, I left this until much later, but I do feel I should mention that some of these films have adult content.

“This year, Film Maudit 2.0 will once again feature over 100 works of cinema from 25+ countries, including films rarely, if ever, seen in festivals: works addressing socio-political issues and taboo subject matter that challenges conventional artistic assumptions and sexual mores. The wide range of shorts, narrative, documentary, and experimental films selected are deliberately bold, extreme, confrontational, and unusual.

With its hybrid physical and virtual format, Film Maudit 2.0 is moving forward into the exciting future of the festival-going experience, breaking down an exclusivity that has previously marred the indie landscape and its films/filmmakers while at the same time allowing the participation and conversation of filmmakers across time-zones who wouldn’t have the ability to travel to festivals. This dual power of both a theatrical experience and a streaming landscape for independent filmmakers allows local audiences back to experience the richness of the live filmgoing experience with films that typically would not screen locally in such a context while, at the same time, making most of the films accessible to a wider national and international audiences in an online portal @ watch.filmmaudit.org.”

Traditionally I try to put introductions like that into my own words. Still, this was an essential and intentional explanation of not only what Film Maudit 2.0 is but where they see the festival and the future of the festival.

While I didn’t screen the entire slate of films at this year's festival, I got to experience what I would consider a nice mix of entries from various countries, directors, casts, and crews. Not to mention my favorite aspect of the festival, the different genres covering subgenres I had never thought of.

Films like AGATHA took the mixed media approach and gave the viewers a journey into the imagination. FAT FLESHY FINGERS caught me off guard, labeled as an anthology from Bizarro land. HOLY MOTHER was everything I had expected and so much more! Germany came out of the gate swinging with PIAFFE, an abstract film with a genuinely intriguing premise, but at the same time, the message was crystal clear. TO WHOEVER WANTS TO LISTEN was one of the most interesting documentaries I’ve seen in some time, diving into a music genre that I didn’t even know existed. One of my favorites was ZERO BUDGET HEROES: THE LEGEND OF CHRIS SEAVER & LOW BUDGET PICTURES; it was a documentary that you could tell came from the heart; there were no convoluted messages, just a story that needed to be shared.

This was a journey I wasn’t expecting. I watched 488 movies in 2022 and was still surprised by many of these entries. I think my point is that you should never underestimate the power of cinema, just when you think you’ve seen it all, you haven’t! I want you to understand the importance of films like this. These producers, writers, directors, cast, and crew are constantly pushing the limits and boundaries of their imaginations and somehow managing to put these visions on the screen for all to enjoy.

If you’ve ever read my reviews before, you’ll know I’m not a huge fan when films go “weird” just to go weird. While sure, there was a ton of weirdness in these films; they did it with purpose and intention.