Taking a Look Behind Closed Doors 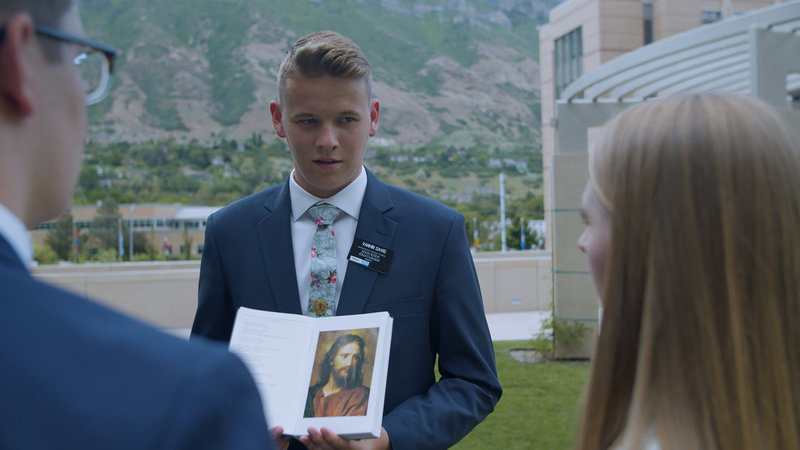 RAVING REVIEW: THE MISSION, directed by Tania Anderson, is a film that offers a unique perspective into the lives of young individuals as they embark on a transformative journey. As a selection at the Sundance Film Festival and a Grand Jury nominee, the film delves into the inner workings of an institution that sends thousands of young people to the four corners of the planet to serve and share their spiritual teachings.

The filmmaking process was guided by the principle of "standing on equal ground" with the cast and all the people behind the scenes, providing an intimate and, at times, uncomfortably personal experience. The audience is placed directly in the paths of the subjects, offering a unique view into the lives of these young individuals, but the film also leaves the audience wanting more.

The film follows a group of volunteers aged between eighteen and twenty-one as they complete their training and try to find their feet in a different country, away from home, sometimes for the first time.

One of the critical ways a major denomination spreads its message is through missionary work. The film focuses on this aspect of the institution, and it is an enthralling portrait of a group of young people who put their lives on hold to serve their faith. The filmmaker does not pass judgment, instead allowing events to unfold organically, providing a space for these ordinary youngsters to be seen and heard as they are.

Despite its limitations, THE MISSION remains a powerful and thought-provoking film that offers a glimpse into the weight of a spiritual mission. However, the film is open, but not entirely; while we see more than a traditional documentary, it still feels like many closed doors only let us see this entire journey. In conclusion, it's a film that will make you ponder the sacrifices and the weight of a spiritual mission and its impact on the individuals who embark on it.